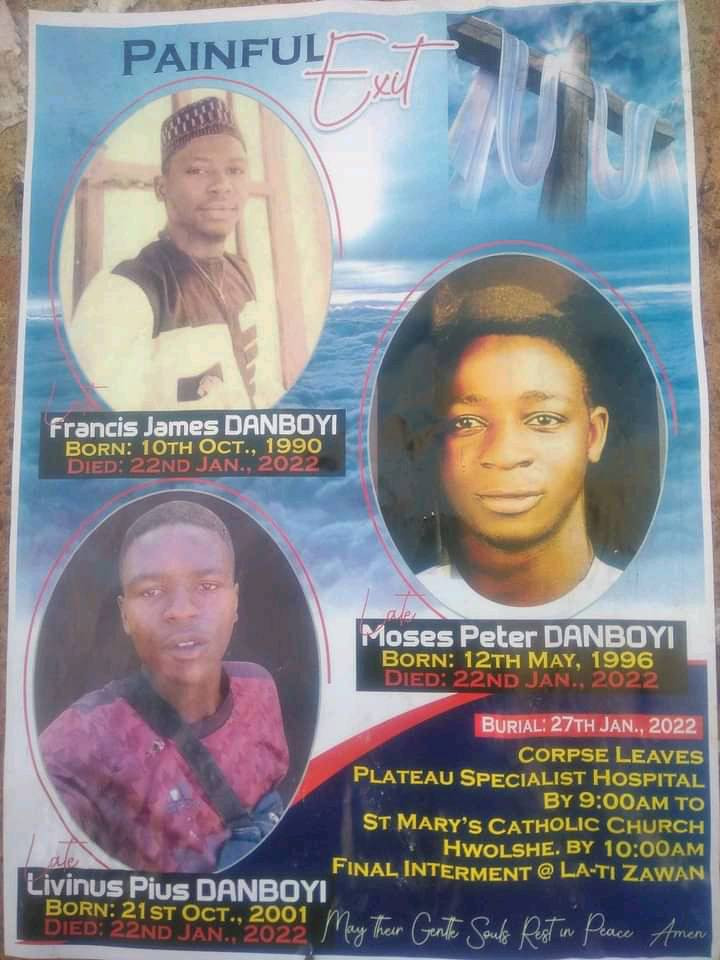 The three brothers were killed at a mining site in Dong village of Jos South Local Council of Plateau State.

According to sources, some armed men suspected to be Fulani militias stormed the mining area at 6:30 pm on Saturday, and started shooting randomly.

The four workers reportedly fell to their bullets.

It was also learnt that a woman, who survived the gun attack, is receiving treatment in an undisclosed hospital.

The three brothers identified as Francis James Danboyi, Moses Peter Danboyi and Livinus Pius Danboyi, will be laid to rest on Thursday, January 27.

“What a stupid son of a b****, US President Joe Biden Slams White House Reporter