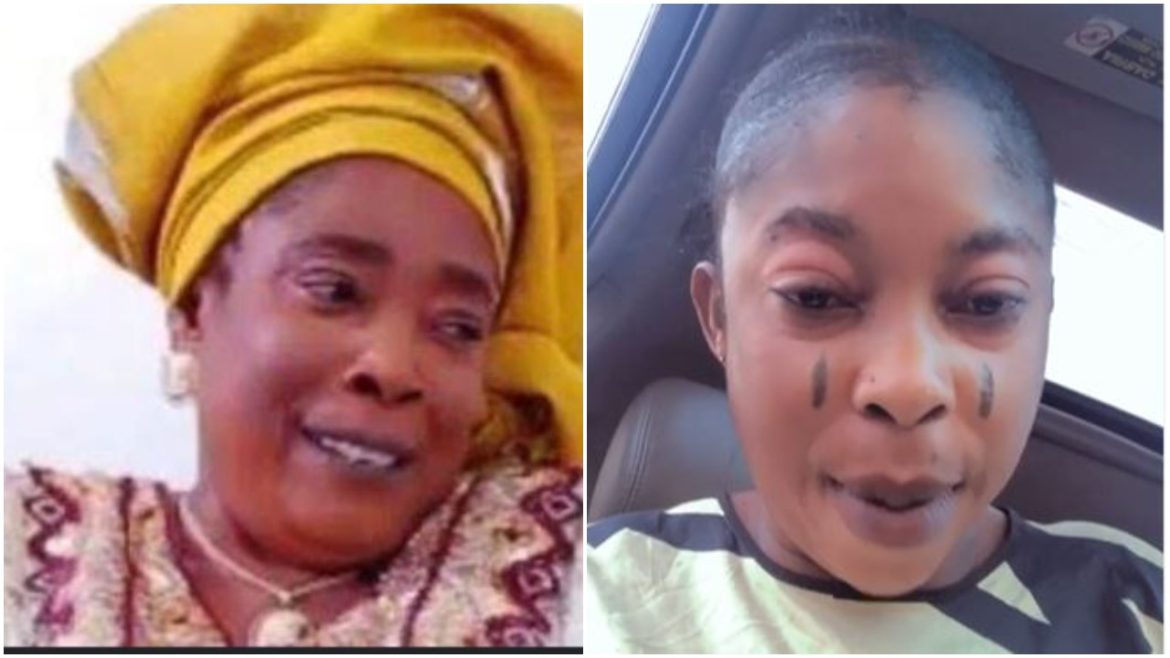 According to report reaching oyogist.com, Daughter to popular actress, Kudirat Odukanwi, popularly known as Iyabo Oko, has refuted rumours of her mother’s death.

However, minutes later, the daughter in a viral video said she was alive.

According to her, her mother resurrected three hours after she was confirmed dead.

She said: “As you can see, I’ve been crying since. My mother is still alive just keep praying for her.

“I posted her yesterday after she was confirmed dead but my elder brother called me later and said she came back to life after three hours, so we thank for life .”