Tesla CEO, Elon Musk Debunks Claims That His Satellites Are Taking Over Space 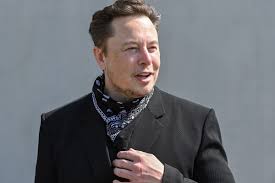 Oyogist has learned that space X CEO, Elon Musk has rejected claims that his Starlink satellite internet project is taking up too much room in space.

“Tens of billions” of satellites can be accommodated in orbits close to Earth, said Elon musk in an interview with reporters.

Musk’s comments came shortly after a claim by the head of the European Space Agency (ESA) that Mr Musk was “making the rules” for the emerging commercial space industry.

‘Space is just extremely enormous, and satellites are very tiny,” Mr Musk said in the interview.

“This is not some situation where we’re effectively blocking others in any way. We’ve not blocked anyone from doing anything, nor do we expect to,” he said further.