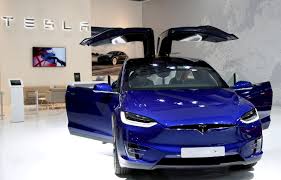 According to reports reaching Oyogist.com, Tesla CEO, Elon musk has sold a whopping $1 Billion in Tesla Shares in preparation for the largest tax bill in history.

After exercising options to buy nearly 1.6 million Tesla shares at a strike price of $6.24 per share (granted to him in his 2012 compensation package), Musk’s holdings in Tesla increased to over 177 million shares.

Now, Musk is expected to pay off what has been described as the largest single individual tax bill in U.S. history, with federal and California income taxes estimated to top $11 billion.

Tax experts say he will need to pay the bill before he can receive compensation of about $23 billion in stock options that will expire in August 2023.

Tesla CEO, Elon Musk Debunks Claims That His Satellites Are Taking Over Space