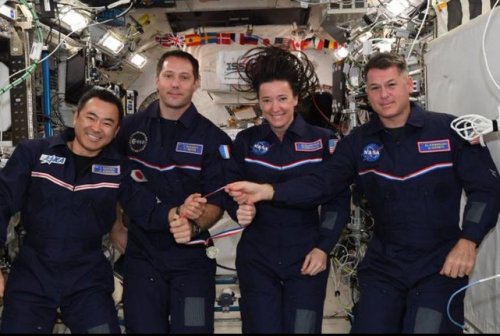 Oyogist has learned that NASA Space X crew consisting of Four astronauts are ready to make the fiery journey through Earth’s atmosphere to a splashdown near Pensacola, Fla., on Monday night.

The astronauts had spent more than six months on the International Space Station.

The SpaceX Crew Dragon capsule Endeavour will be the last Crew-2 mission.

Crew members including Megan McArthur and Shane Kimbrough of NASA, Aki Hoshide of the Japan Aerospace Exploration Agency, and Thomas Pesquet of the European Space Agency have been scheduled for take off.

“Bittersweet feeling to leave … a magical place in the sky that grants superpowers like floating and seeing [Earth] at a glance,”

“It gives me hope that humans can achieve anything, with good intentions, when we want to.”