OYOGIST has learned that Five people were rushed to hospital after a car crashed in Walthamstow, north London.

Eyewitnesses in the area said they heard a ‘big bang’ and screams as the car crashed into the Baber shop on Thursday afternoon.

In a video footage taken from the corner of Hoe Street, Walthamstow, one woman was seen with blood dripping down her back as she sits in front of the smashed vehicle and a huge pane of shattered glass.

Two other men were seen leaning against a wall and receiving treatment from concerned onlookers.

Broken chairs and upholstery were seen across the pavement as pedestrians and local business owners rush over to offer help. Ajayi, said on Friday he joined the Zenith Labour Party (ZLP) to give hope to the masses ahead of the October 10 governorship election in the state. Ajayi stated this when he was welcomed officially i
Read More 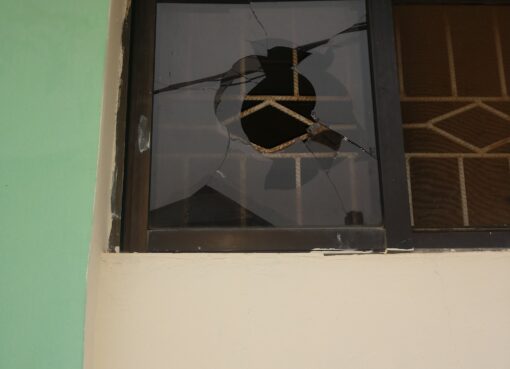 According to report reaching oyogist.com, a lady narrated how soke Hausa boys raided her house with guns in Ibadan. The lady took to her twitter account @teetee_lope to narrate the experience. She twe
Read More