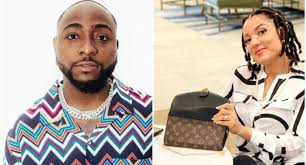 The Reality TV star, declaring Davido as the best Dad for his kids gave her reasons for that.

According to her, no matter the relationship between Davido and any of his baby mamas, his main priority is always his kids.

Taking to her Instastories hours after Davido teamed with his ex, Chioma, to throw their son, Ifeanyi, his second birthday party, Gifty wrote;

No matter what saga it is between him and his relationships, he’s always gonna be there for his kids, come rain and shine.”

And that I respect and love him.”

Singer, Bella Shmurda offers scholarship to little boy who went viral for singing and dancing to his song (Video)