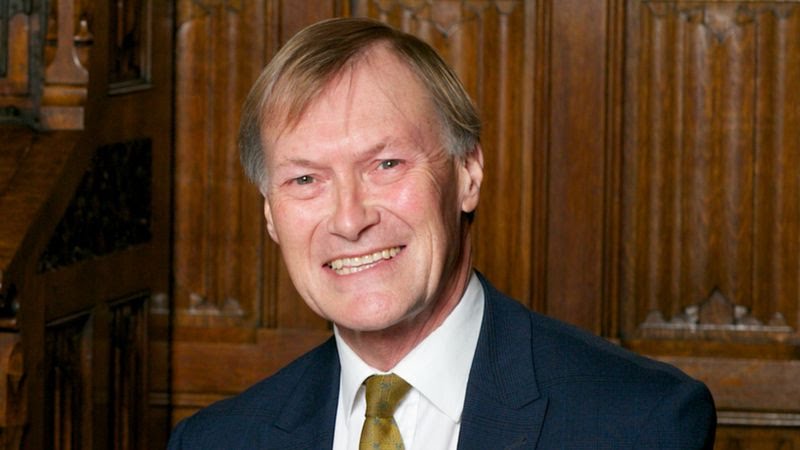 Oyogist.com has Learned that Tory MP Sir David Amess has been stabbed to death in a horrific knife attack as he met with constituents in a church.

The 69-year-old politician and dad-of-five, who represented Southend West in Essex, was reportedly holding a surgery at Belfairs Methodist Church in Leigh-on-Sea, Essex, when an attacker allegedly stormed in and stabbed him ‘multiple times’.

.Emergency services including armed police and an air ambulance were scrambled to the scene in a bid to save his life, but Sir David tragically died of his injuries inside the church hall.

“A man has been arrested on suspicion murder after a man was stabbed in Leigh-on-Sea.

“We were called to an address in Eastwood Road North shortly after 12.05pm today (Friday 15 October).”We attended and found a man injured.

“He was treated by emergency services but, sadly, died at the scene.”

“A 25 year-old man was quickly arrested after officers arrived at the scene on suspicion of murder and a knife was recovered. He is currently in custody.