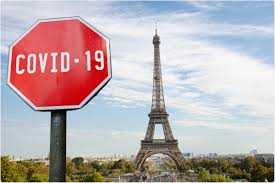 According to reports reaching Oyogist.com, France has been accused of allegedly stealing almost five million coronavirus vaccine doses which was initially meant for Britain.

A huge batch of the Oxford/AstraZeneca vaccine which had been expected to arrive in the UK was instead diverted from Holland at the last minute.

Mr Macron incorrectly claimed that the AstraZeneca jab was ‘quasi-ineffective’, whilst European Commission chief Ursula von der Leyen threatened to stop the Pfizer vaccine from being sent to the UK.

Facebook CEO, Zuckerberg denies claims that the company prioritises profit over the safety of its users