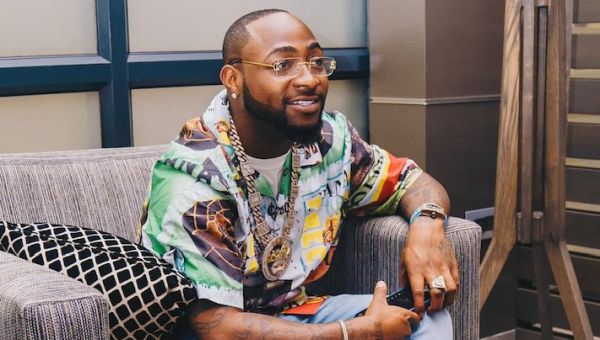 Oyogist.com has learned that Pop star, David Adeleke, aka Davido, has said that he has relationships with quite a number of Presidents.

Speaking about the highlights of his career in an interview with a French fashion magazine, L’Officiel, the Fem singer said, “It is a couple of things. It’s crazy landing in a country and getting a presidential welcome. I remember landing in Rwanda and the president came to pick me up himself. I’m like, ‘What’s going on’? I know Bill Gates doesn’t get picked up by the president. Those kinds of incidents make me feel really good about myself and good about what I’ve made myself to be. Knowing that I have access to a president I can talk to. Even now, recently, I’ve been seeing a lot of coup d’états and military regime takeovers. I know a lot of these presidents personally. I’ve performed for them.

“They get elected as the hero and the power just changes them. That’s why I keep telling myself, ‘Do I think I ever want to get into politics’? It feels like one is the good guy until one sits down on that seat and everything changes.

Sometimes, I wish I could just call them and talk to them before stuff like that happens.

Music-wise, (the highlights are) selling out arenas in (different parts of the) world. I remember going to the O2 Arena (United Kingdom), Madison Square Garden (New York, United States of America), and Barclays Center (New York) as a kid. It’s amazing selling out those places.”

On if he would love to change anything about his life, the award-winning singer said, “I don’t know because I feel everything happens for a reason. I have been through so many obstacles that I feel helped to shape into the man I am now and the name I have now. I don’t know what advice I’d give to myself, but when people do ask me for advice, I tell them, “Just be true to yourself, pray, make good music and hope stuff works out. Also, be good to people. If you make it, help your brother, help your friend from the hood that sings too’.”