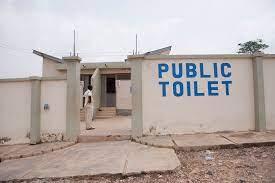 OYOGIST has learned that the rivers state police command has confirmed that it rescued two men from a mob attack.

The men who were alleged homosexuals were caught having sex in a public toilet at the Mile Three Park, Port Harcourt, Rivers State.

According to sources, one of the men Identified as Stephen, was reported to be sleeping with a young man in the toilet when they were caught.

The attendant of the public toilet, Mr Vitalis Andrew, while giving his statement Disclosed that Stephen and his alleged partner paid him money to use two different toilet rooms

“This morning, one guy paid me to use the toilet, unknown to me that the person who stood by him was his sexual partner. The man entered, followed by his partner, and some minutes afterward, we started to hear loud moaning.

“When we peeped, we saw both of them making out. But before we could raise the alarm, they had run away. So, I went to where his (Stephen’s) car was parked and I could not find him. So, I called my Oga and he instructed me to find him and hold on. We have handed the man over to the police.”the attendant said