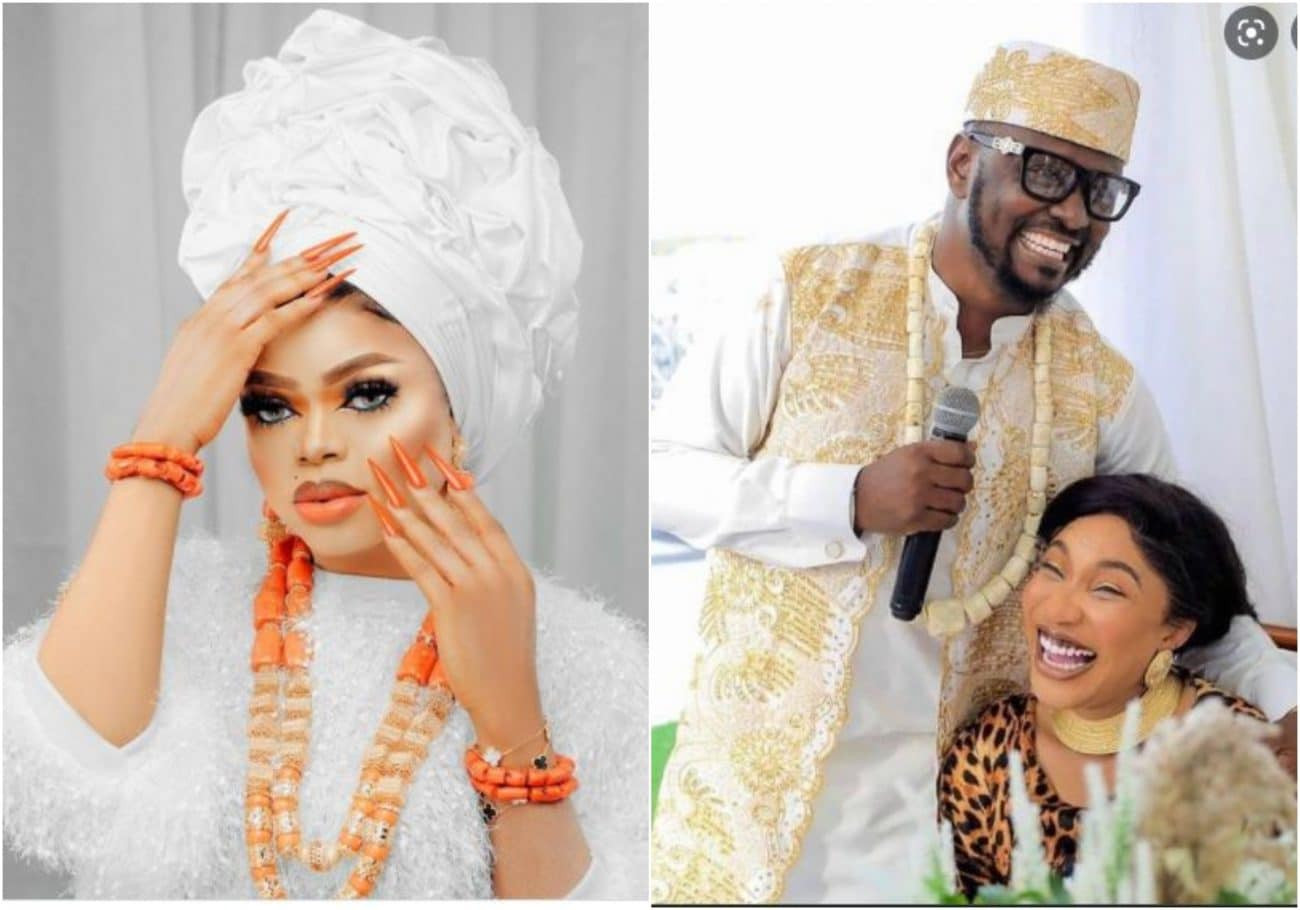 Popular Nigeria Cross-dresser has dropped a shade post at her former best friend, Actress Tonto Dikeh, as her and her ex-boyfriend, Prince Kpokpogri’s breakup scandal took another turn, Oyogist.com reports.

Tonto Dikeh reacting to this, had said that her lawyers are not hiding and can be easily be reached for any lawsuit.

Bobrisky reacting to their break-up scandal had indirectly mocked her former Bestie, Tonto and stated that she was disgracing herself.

He wrote; “if you no get data this September ehnnnn. I’m enjoying Aunty disgracing herself everywhere”. He added “I no well pls Rita buy me Panadol extra”.