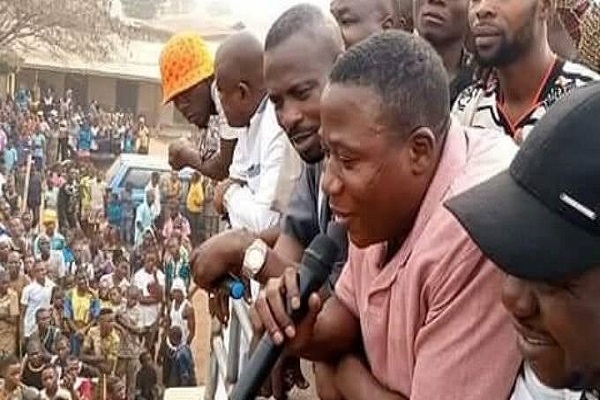 Spokesperson for Igboho, Olayomi Koiki, Disclosed this in a broadcast on Saturday.The embattled yourba Nation conveyor is from Aladikun compound in Modeke, Igboho, Oyo State.

The 48-year-old agitator who was first detained at the Brigade économique et financière (BEF), is currently at Prison Civile de Cotonou — Cotonou Civil Prison.In the last judgment, the Cour De’appal De Cotonou ordered that Igboho should be kept in prison custody.

Koiki said, “Yoruba Nation Rally will be happening in the town of our Father, Chief Sunday Adeyemo Igboho Oosa – Date: 11th of September 2021 – Time: 10:00am Host: Gbogbo Omo Yoruba Agbaye”A community leader in Igboho has, however, advised the group to shelve the purported visit.