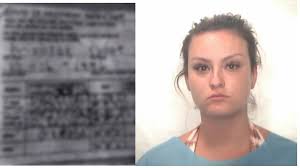 A woman in Hawaii has been accused of using a fake vaccination card to bypass quarantine, Oyogist reports.

A photo of the card shows that “Moderna” was misspelled as “Maderna.

Investigators said that they got a tip that the suspect Identified as Mrozak may have faked the vaccine documents, as Delaware told them that they couldn’t find evidence of Mrozak’s vaccinations in their medical records, per the publication’s report.

Mrozak is currently being detained at the Oahu Community Correctional Center accused of falsifying vaccination documents, with bail set at $2,000.

“US Achieved Nothing in Afghaistan’ – Russian President, Putin Laments