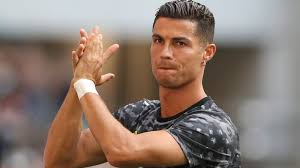 In light of his yet to be completed man city transfer, CRISTIANO RONALDO has reportedly made personal terms with pep Guardiola’s side, amist Juventus’ demands.

But if he does move to Etihad, Ronaldo will have had a drastic change of heart having previously said he’d ‘NEVER join’ their bitter rivals City.

Asked in 2009 if he would ever leave United for City, the Portuguese superstar said: “Never. City have a lot of good players and might be a problem for United, Arsenal and Chelsea.

“But that doesn’t interest me. I am only interested in playing for Real Madrid and teams like Barcelona and Valencia.”

City are willing to offer Ronaldo a two-year contract, with a salary of £12.8m-per-season (€15m).

Atiku reveals why he left Nigeria since September