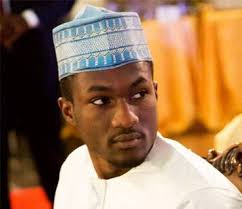 Oyogist has Learned that a twitter user Yusuf has narrated how a medical doctor allegedly committed sucide due to the amount of pressure mounted on him after he failed to attend to Pres. Buhari son, Yusuf.

According to the user, Yusuf had an accident at Gwarinpa with his power bike, he was rushed to Nisa Premier Hospital.

On arrival, he met Dr Obafemi who was one of the most junior doctors in the facility. Dr Obafemi didn’t know he was Yusuf and didn’t bother to know.All he knew was that he was a son of “somebody” for him to have been escorted by Policemen.

He had assured Yusuf that he would be given the best treatment primarily as a patient. But after a brief examination, Dr Obafemi realised that Yusuf was an orthopeadic case and their facility didn’t have such equipment.

He called his HOD who didn’t pick his calls and later called Wada, the owner of the facility, but the call wasn’t answered.

He then had to transfer Yusuf to another hospital where he could get the required orthopedists.

Shortly after Yusuf was sent to Cedar Crest, news got to Wada and the HOD that a ‘big fish’ was in their hospital, they all came in hurriedly to devour the loot.

On getting to their hospital, they were told that “bloody Dr Obafemi had transfered Yusuf”, They all fumed in anger.

Dr Obafemi was sacked from the hospital that faithful day, for transferring a patient without their authorisation.

Fortunately for Dr Obafemi, he got another job at Cedar Crest hospital where he was being paid 150k monthly.

Seeing life was unfair to him in Nigeria, Dr Obafemi gathered money together to write PLAB with the mind of relocating abroad.

A bill of the money he got were loan from the bank, to be paid back with interest – as his salary could barely feed and provide accommodation for him.To write PLAB you will need nothing less than 2.5M, as at then, for the exams, flight and accommodation.

He was not given enough leave to study for PLAB because he worked in a private hospital, so he failed.

The news of his failure, plus hundreds of creditors who daily hunt him for their money on a daily basis got to him and he checked into an hotel in Suleja and reportedly commited suicide.