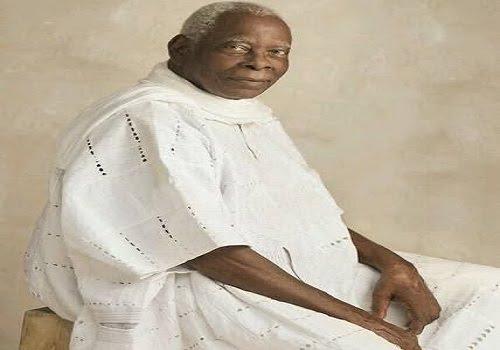 A statement by Otunba Babatunde Grillo announced the passing of the patriarch.

According to the statement, the first President Society of Nigerian Artists (SNA) died at the Gbagada General Hospital in Lagos state after a ‘brief illness’.

He was buried at the Atan Cemetry, Yaba on Monday according to Islamic rites.

Yusuf Grillo was a contemporary Nigerian artist known for his inventive works and the prominence of the color blue in many of his paintings. He was president of the Society of Nigerian Artists.

Grillo, who was a prominent art teacher at the School of Art, Design and Printing, Yaba College of Technology, Lagos before his retirement trained at the Nigerian College of Arts and Science Zaria (now Ahmadu Bello University), and was a member of the Zaria School, a society founded in 1958.

#Bbnaija; Liquorose picks deputy head of house, See the Housemates up for eviction next Sunday