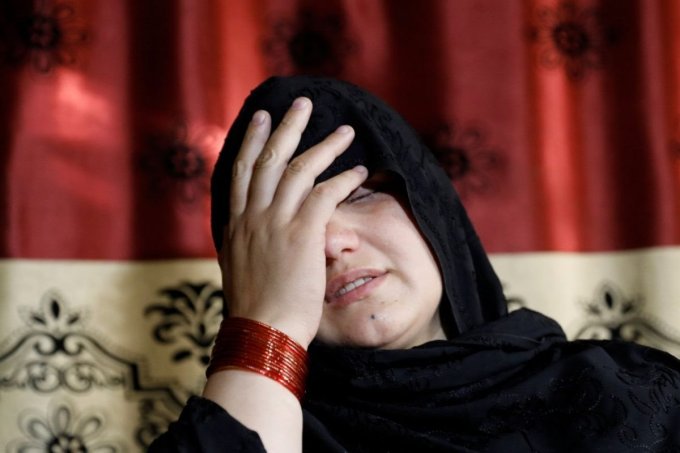 Women in Afghanistan under the present Taliban led administration have been forced to embrace the harsh reality of what came as a shock to the nation.

Few weeks ago, the Taliban take over majority of Afghanistan after the withdrawal of US troops from the nation, Oyogist reports.

When the Taliban group ruled Afghanistan from 1996 to 2001 they imposed Sharia law, a strict interpretation of Islamic law which meant women could not work, girls were banned from attending school and women had to cover their faces in public and always be accompanied by a male relative if they wanted to leave their homes.

Also, women were forbidden from wearing high heel shoes, as no man should hear a woman’s footsteps lest it seduces him

As funny as it seems, this harsh reality has been imposed on them, and many had no other option than to evacuate the country.

Few days ago, multiple sources confirmed to Oyogist that a woman was shot dead, following her refusal to put on hijab, as that was contrary to what she believed in.

Some other rules imposed by the Taliban on Afghan women incudes;

° Women should not be seen on the street unattended without a blood relative or a burka.

• Since no man should hear a woman’s footsteps, high-heeled shoes should not be worn by women.
• A woman’s voice should not be heard by a stranger when she is speaking loudly in public.
• In order to prevent women from being seen from the street, all windows on the ground and first floors of residential buildings should be painted over or covered with a screen.
• Women are prohibited from having their pictures taken, filmed, or displayed in newspapers or books or in stores or at home.
• To remove the word “women” from any place names.
• Women are not allowed to appear on their balconies.
• Women are prohibited from appearing on radio, television, or in any public gathering
, and many more.
Afghan womenTaliban forces
Share
0
FacebookTwitterPinterestLinkedinRedditWhatsappTelegramViberEmail

Keep your relationship private till you ‘re sure of the man, una no go hear, Tonto Dikeh’s ex-friend Lady Golfer mocks her over her lover’s cheating allegations

#BBNaija: Michael clears the air on Relationship With Jackie B