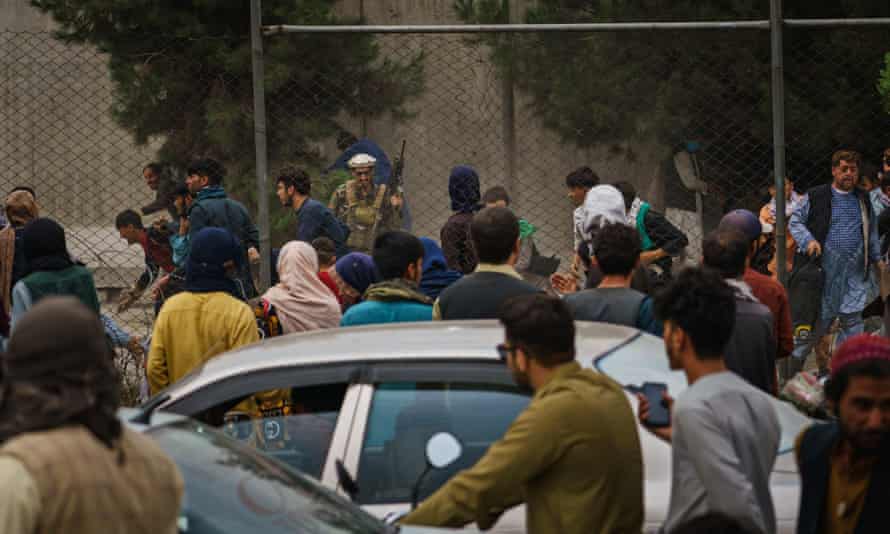 Oyogist has learned that several US correspondents has voiced concern over reports of violence against women and children trying to pass through Taliban checkpoints, as evacuations continue.

Reports from the Afghan capital say there has been violence at checkpoints on Airport Road, including photographs of a woman and a child with head injuries after reportedly being beaten and whipped after trying to cross a checkpoint.

Sources in Kabul told Oyogist that the Taliban were asking for documents and forcibly turning some people around at checkpoints, refusing to let them reach the airport.

The US national security adviser, Jake Sullivan, said that while significant numbers of people had been able to reach the airfield, now under US military control, “there have been instances where we have received reports of people being turned away or pushed back or even beaten