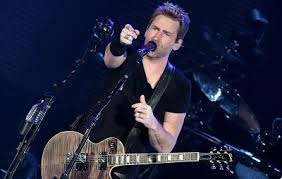 Oyogist has learned that a US judge has ruled Nickelback should face a lawsuit over alleged copyright infringement in relation to their 2005 track ‘Rockstar’.

The lawsuit was issued in a US District Court in Texas by Kirk Johnston, a former member of the band Snowblind Revival.

Johnston Alleged that “a substantial amount of the music” from his composition has been copied for Nickelback’s ‘Rockstar’, which came out four years later on their album ‘All The Right Reasons’, including “tempo, song form, melodic structure, harmonic structures and lyrical themes”.

He also claimed that Nickelback might have had access to the Snowblind Revival track when the reps at Universal and Warner received master recording copies.

The defendants while responding to these allegations claimed that “fundamentally, the works at issue are not substantially similar to an ordinary observer”.