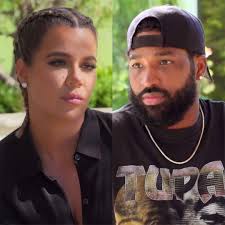 Oyogist has learned that Khloe Kardashian has kicked against a negative comment criticizing her character after rumors spread that she re-lighted her relationship with Tristan Thompson.

“At this point @khloekardashian has no self worth. Anyway…”

It didn’t take long for Khloe Kardashian to clap back with a sharp response.

“You’re telling me you made an assessment about my life because of a random blog?” Khloe replied to the post, adding, “I think that says more about you than it does about me.”

30-year-old NBA player, Tristian also addressed the speculation on Twitter, writing, “Gossipers are worse than thieves because they attempt to steal another person’s dignity, honor, credibility, and reputation which are difficult to restore.”

“So remember this,” he added, “when your feet slip, you can restore your balance. When your tongue slips, you cannot recover your words. Act accordingly.”
Khloe Kardashian
Share
0
FacebookTwitterPinterestLinkedinRedditWhatsappTelegramViberEmail