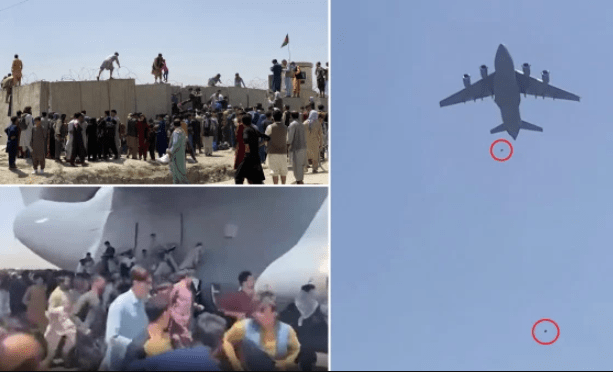 Oyogist has learned that thousands of stowaways appeared to have fallen from a plane flying out of Kabul, the Afghanistan capital in the wake of the Taliban’s capture of the state.

In a video footage uploaded by Oyogist, countless people could be seen jumping aboard the outside of a US Air Force plane seemingly trying to take off from a runway in the Afghan capital.

In one footage, As an aeroplane attempted to clear the runway, it was flooded with locals desperately trying to escape the carnage.

The speed at which the Talibans advanced into the country has taken many by surprise, leaving thousands rushing desperately to escape the city.

Man diagnosed with rare neurological disorder needs N4.2M to survive, see how you can help