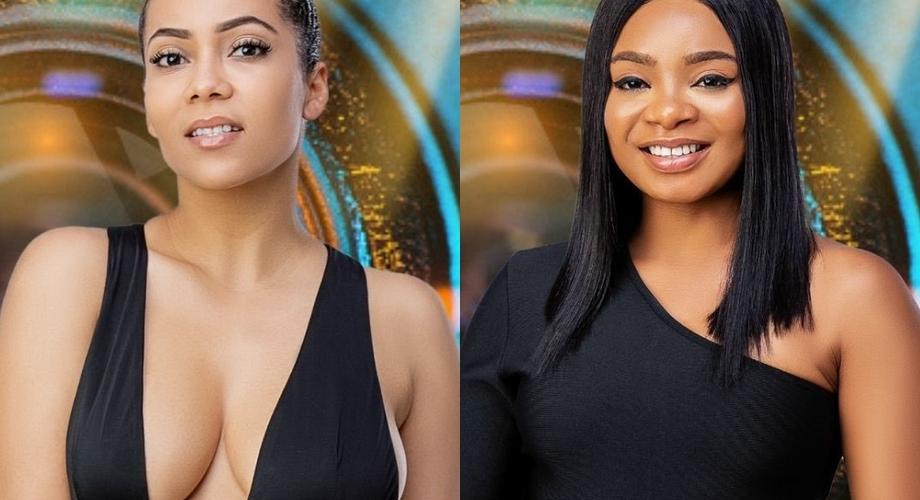 Oyogist.com has learned that Drama on Tuesday night ensued between Maria and the new BBNaija housemate, Queen.

The drama started after WhiteMoney introduced Pere as a strategist during a game with all the housemates on Tuesday night.

Queen, the new housemate agreed with the housemates, saying Pere is truly a strategic person.

Maria interrupted her saying: “It’s just being two days, how would you say you know Pere is a strategist.”

This got Queen upset and she confronted Maria.

Maria walked out on her and this led to Queen shouting and calling Maria names.

According to her, Maria has no right to tell her she does not know Pere in two days.

Queen said: “Don’t try me, I will beat you if not because we’re in Biggie’s house.

“ It does not take too long to know someone. You have no right to say that.

“I can know someone in two days. I don’t need to be here for weeks to know Pere.

“If not because we are in Big Brother’s house, I would have handled you.”