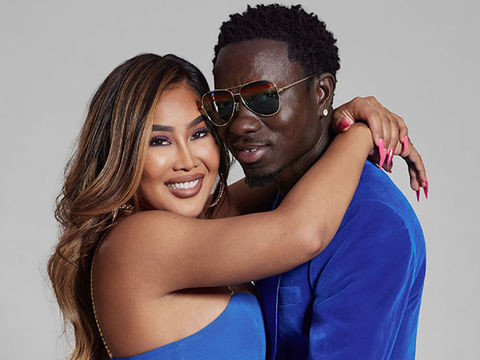 Michael Blackson who sat for an interview on American radio show at The Breakfast Club, decided to surprise everyone and pop the big question to his girlfriend Miss Rada during the interview.

Towards the end of the interview, Michael brought his girlfriend into the studio to meet everyone.

Charlamagne, Host of the show asked if he would propose to her and to everyone’s surprise, Michael then reached into his bag, grabbed a ring, and proposed on the spot.

Sharing why he decided that this was finally the woman he wanted to be with for the rest of her life, the comedian expressed that her loyalty was the thing that really made him want to pop the question.

Watch video of the moment he proposed;

He is d best Artist in Africa and you can’t drag that with him, Bobrisky declares Wizkid

“Wizkid is the only dude I’m tripping for”- Bobrisky reveals