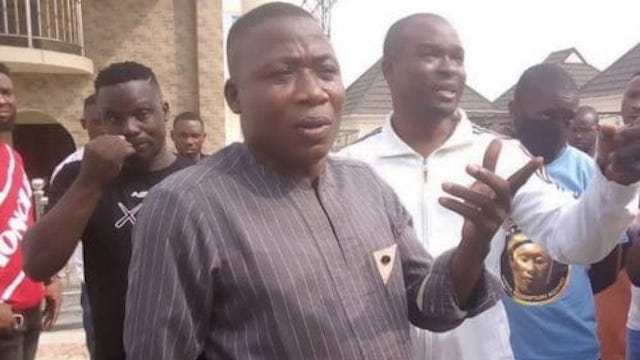 According to sources, Igboho was arrested at the Cotonou Cadjehoun Airport on Monday night by security forces in Benin.

His arrest comes few days after the Federal Government placed him on a “stop list” after it was gathered that he was trying to acquire a new passport to flee the country.

Igboho had also been declared wanted by the Department of State Services on allegations of stockpiling arms to destabilise the country.

His house at Sooka in Ibadan was raided by DSS which led to the arrest and detained of 13 of Igboho’s associates.