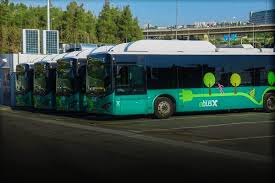 Oyogist has learned that the ECO-Green mass transit buses is set to begin operations in some Nigerian city centres today.

The buses would be powered by recovered compressed natural gas (CNG), which is usually produced in the Niger Delta.

The Chief Executive Officer of Austrian Technologies Nigeria Limited, Johann Rieger, confirmed that the ECO-green buses were built using European standards for critical climate and infrastructure as in Nigeria.

According to Rieger, the vehicle had been built with the highest operational standards and expected to save the operator a minimum of $25,000.

He said the buses would operate purely on locally available natural gas, thus saving at least $20,000 of foreign exchange.