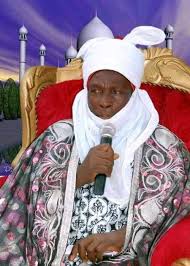 Oyogist has learned that Alhaji Alhassan Adamu, Emir of Kajuru, has been released from captivity.

Thirteen other persons who were abducted alongside the monarch in his private residence including his daughter are still in captivity.

“The Sarkin Kajuru was released around the forest areas leading to Kajuru castle,” a source confirmed.

It hasn’t been clear yet if any ransom was paid but the bandits earlier demanded N200 million for the release of the 85-year-old monarch.
The monarch was abducted on Sunday morning, alongside 13 of his family members in his palace
.
Alhassan AdamuEmir of Kajuru
Share
0
FacebookTwitterPinterestLinkedinRedditWhatsappTelegramViberEmail