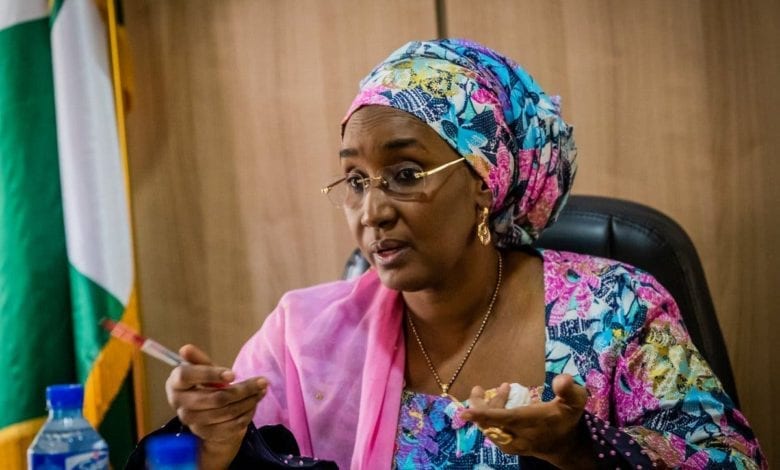 Oyogist has learned that the Federal Government says it has enrolled more than nine million pupils into the National Home-Grown School Feeding programme (NHGSFP) in the country.

Hajiya Sadiya Umar-Farouq, Minister of Humanitarian Affairs, Disaster Management and Social Development, made this known during a stakeholders meeting in Maiduguri.

Umar-Farouq, represented by Alhaji Grema Ali, a Director in the ministry, said that over nine million pupils have been benefitting from the programme in basic schools across the country.

She said the pupils were receiving one free meal everyday day during school term nationwide.

“The NHGSFP is a multi-faceted intervention to drive school enrollment, boost the nutrition of the pupils, support local production of food as well as encourage employment and income generation. “Specifically, it is aimed at the provision of one nutritious meal to all pupils in public primary schools in classes 1 to 3 to achieve these objectives.

“With over 100,000 cooks employed and 100,000 small holder farmers participating in this value chain, the NHGSFP is a serious potential for socio-economic development which needs to be strengthened, scaled up and sustained nationwide.

“The ministry now has the mandate to reach an additional five million pupils by 2023,” she said.
Share
0
FacebookTwitterPinterestLinkedinRedditWhatsappTelegramViberEmail