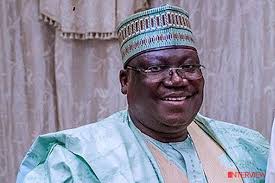 According to reports reaching Oyogist.com, the President of the Senate, Ahmad Ibrahim Lawan, has secretly married a new wife at a very private ceremony in Borno State

The marriage was reportedly held at the Sheikh Sharif Ibrahim Saleh’s mosque in Maiduguri on Friday.

The event was performed secretly to avoid public criticism while Zainab is expected to relocate to Abuja on Sunday.

It was also gathered that the Senate was not in the attendance of the ceremony though he sent Delegations to represent him.

“This drug war will be deadlier than insurgency”- President Buhari

(VIDEO) Bride Reportedly Refuses To Kiss Her Husband At their Wedding in Enugu, See...