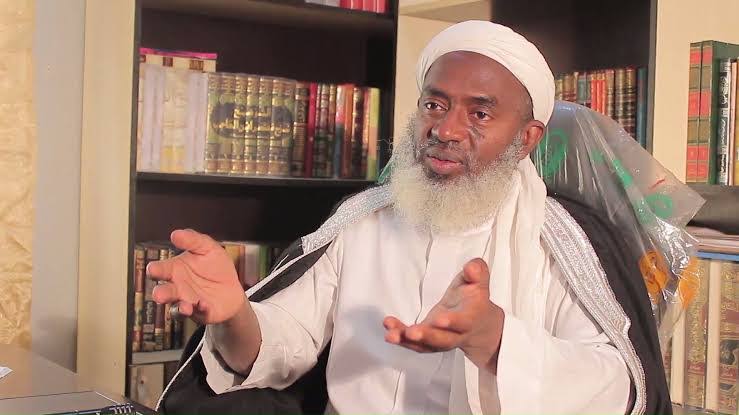 Popular Islamic cleric, Sheik Ahmad Gumi, says it is unfair to compare the activities of criminal herdsmen with those of the Indigenous People of Biafra (IPOB), Oyogist.com reports.

Recall that in a recent interview with Punch, Gumi has declared the bandits victims too and advised that it would be better to engage them than to kill them.

The Sheik in Arise TV today was seen defending the bandits again as he said the crimes committed by IPOB members outweigh those committed by bandits.

According to Gumi, IPOB members kill security agents while herdsmen do not kill but only kidnap children to make money.

“IPOB is attacking the police, the army, Independent National Electoral Commission (INEC) and other government institutions; killing our men in service.
And the herdsmen are kidnapping children not to kill them but to get money; so how can you compare somebody who is killing our gallant men in the armed forces directly to somebody who is kidnapping children to make money and not to kill them. Look, we need some fairness in what we are doing” he said
.