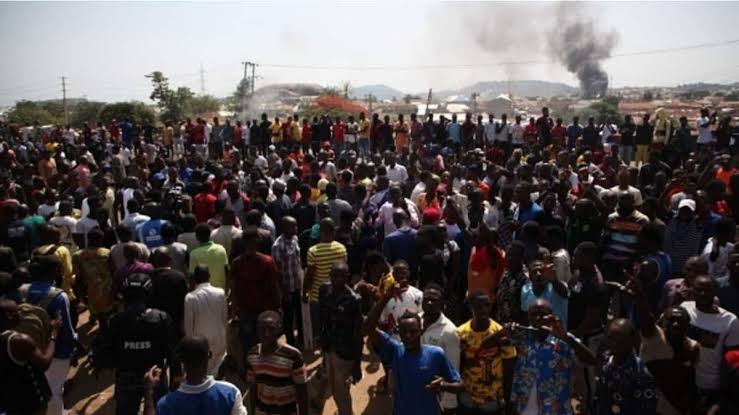 Oyogist.com has learned that Angry Residents have Blocked Abuja-Kaduna Highway as a lot of insecurities they have been experiencing in their community.

The protest is reportedly have been triggered as a result A fresh killing of an unnamed 13-year-old kid in the Chikun local government area.

This protest had many travellers trapped for over 3 hours in the ever busy Abuja-Kaduna highway.

The citizens of the community stated that they are tired of the incessant killings by unknown Bandits in the community.

It has been gathered that the bandits killed four people and abducted 49 on Friday night, June 18.

We cannot go to our farms and yet they will follow us to our homes to abduct us for ransom. They killed a 13-year-old girl, a security man in the village as well as abducted other residents, including the family of the village head,” a citizen laments bitterly.

He explained that the residents only want security or to be allowed to protect themselves against the bandits.

A witness said the protesters refused to listen to the plea of security personnel who approached them.

If you know what you can’t endure in marriage, don’t endure it before marriage, Alex advises intending couples