#EndSARS: Pathologist reveals 99 bodies of protesters were deposited, 3 of them from Lekki 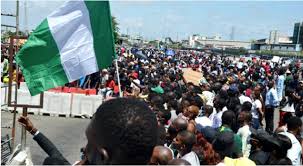 Oyogist has learned that a LASUTH Chief Pathologist, Prof John Obafunwa while briefing the Lagos State Judicial Panel of Inquiry has disclosed how 99 corpses were deposited at the hospital’s mortuary following the #EndSARS protests.

According to the medical officer, 99 corpses were deposited in the mortuary of the Lagos State University Teaching Hospital between October 19 and 24 last year.

“Those are the three bodies I was told were from Lekki as recorded by the people who brought them in,” the pathologist told the panel.

He further stated that those who deposited the body said they were recovered from different areas of Lagos.