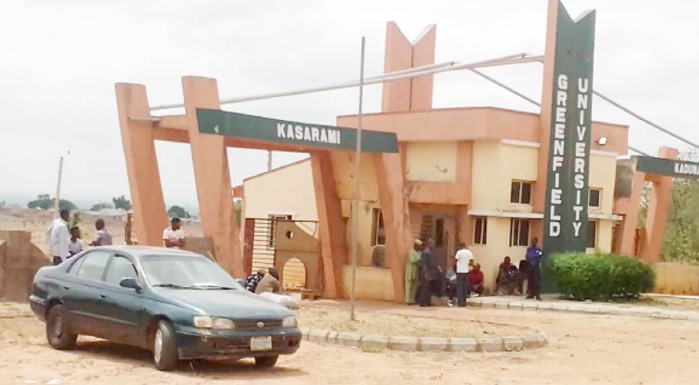 Oyogist has learned that 14 abducted students of Greenfield University in Kaduna State have reportedly been released, according to multiple sources.

Chairman of the Parents Forum, Markus Zarmai were present to receive the students at the drop-off location.

Although, there hasn’t been any Official statement yet from the government and police authorities the parents of the abducted students said that they paid ransom, in addition to providing eight new motorcycles to the kidnappers before they agreed to release their children.
Kaduna State
Share
0
FacebookTwitterPinterestLinkedinRedditWhatsappTelegramViberEmail