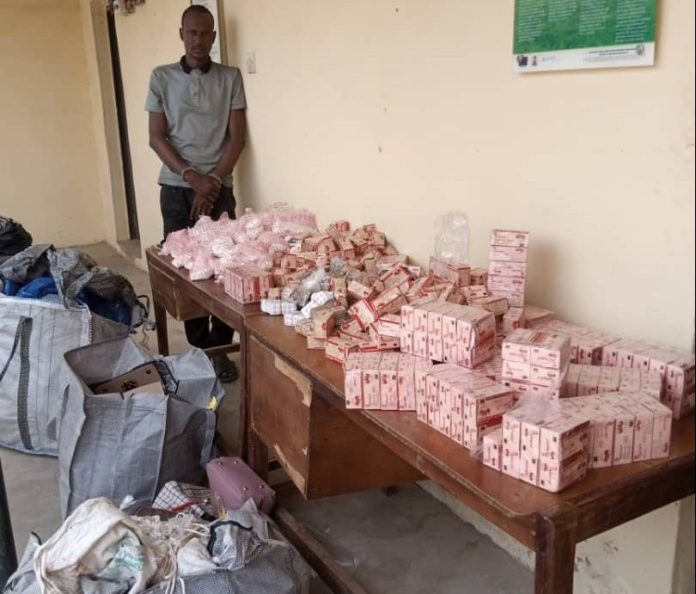 Oyogist.com has learned that operatives of the National Drug Law Enforcement Agency, NDLEA, has nabbed a notorious 35-year-old Chadian who supplies illicit drugs to Boko Haram insurgents in Taraba State.

“At the point of interdiction, the drugs, which he bought from Onitsha in Anambra state, were concealed inside new ladies’ handbags and shoes,” Femi Babafemi, Director, Media & Advocacy of NDLEA has said.