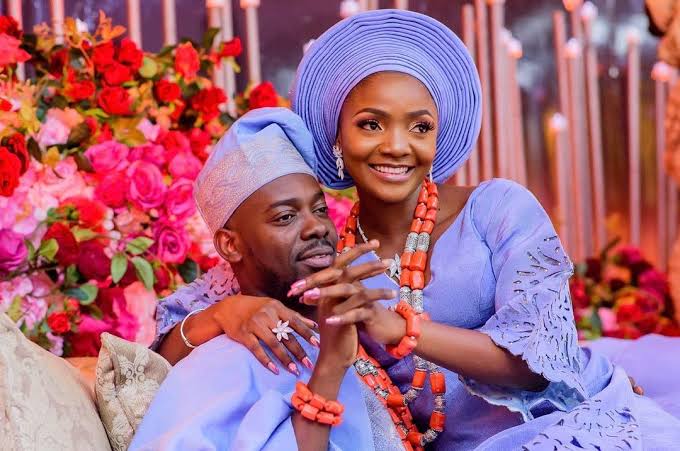 Oyogist.com has learned that a Nigerian gossip blog, Gistlover has caused controversy on social media, after it alleged that singer, Adekunle Gold cheated on his wife, Simi.

Gistlover uploaded some photos on its Official Instagram handle as evidence which alleges Adekunle Gold once had a romp in the sack with a certain Instagram user Identified as @Teminikan.

Oyogist.com further learnt that the claims by Gistlover lacked compelling evidence but only a correspondence by few unidentified parties, which has led to elicited varying reactions by users.

@TosinToyin wrote;”Lol the same blog that said banky was cheating on adesua and toolz and captain are divorced, and had no proof of omotola “cheating” is the one you’re taking serious cos he said Adekunle gold is cheating on simi? OK”
Adekunle Goldcheating in relationshipGistloverblogSimi
Share
0
FacebookTwitterPinterestLinkedinRedditWhatsappTelegramViberEmail