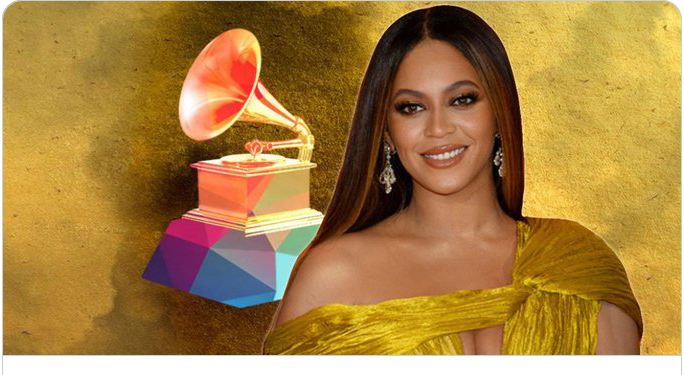 Oyogist.com has Learnt that 24 times Grammy Award winner, Beyoncé has gotten a major boost in this year Grammy Award event as she leads the nomination list with 9 nods.

Recall Beyonce had earlier ruled out the chances of her performing on stage during this year’s virtual event.

Beyoncéé leads this year’s nominations, with her song Black Parade which is currently up for nomination for both record of the year and song of the year, while Dua Lipa, Taylor Swift and Megan Thee Stallion also received nods.

K-pop boyband BTS also got a nod on the event with Their track, Dynamite.

Nigerian Singer, Temmie Ovwasa confirms she is a lesbian

“Astraeneca is an excellent vaccine”- WHO insists