Australian mother discovers cluster of spiders in her daughter’s room 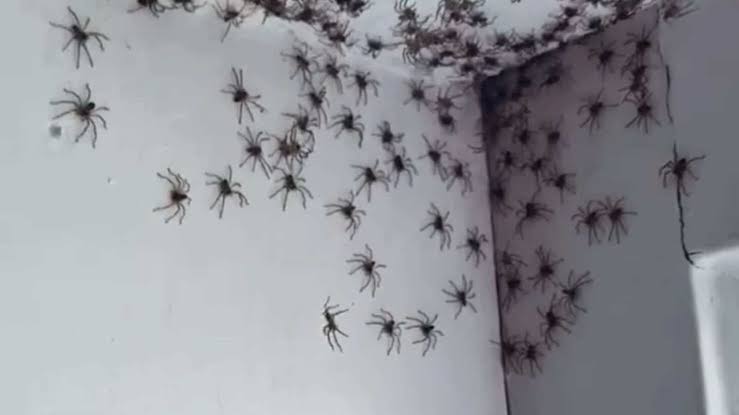 According to reports reaching Oyogist.com, a woman who resides with her daughter in Sydney, Australia has made a shocking discovery as she spotted hundreds of spiders in her daughter’s bedroom.

While sharing the video on popular microblogging platform, twitter, some people say the events merits “burning the house down”.

“There’s maybe 50, 60,” the woman said as she turned the camera to the other corner of the bedroom where hundreds of arachnids were spotted chilling on the ceiling.”But look – there’s more,” she continues. “We are never ever going to have mozzies again.”

Some twitter users urged the woman to relocate to a different home and entirely burn down her previous.

“The Key To Failure Is Trying To Please Everybody”- Nengi