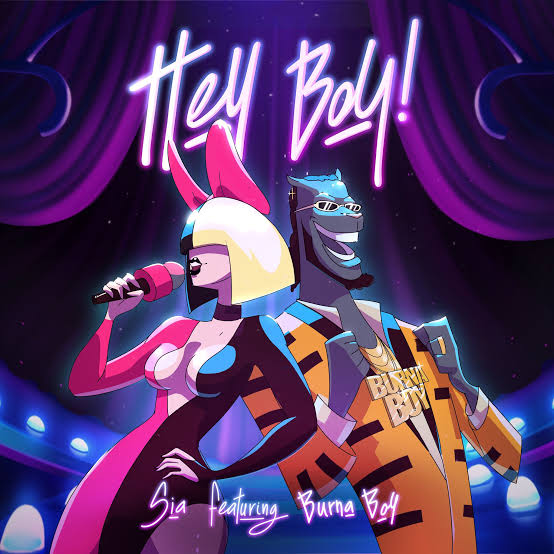 Nigerian Afrobeat singer and twice as tall Gaint, Burna Boy would get a feature with Australian multi-talented singer, Sia on her latest single titled Hey Boy which would be released on Thursday.

Sia disclosed this news first on her official Instagram page where she put up a picture of the cover art with the words 😍 “Hey Boy” ft. @burnaboygram song + video out Thursday 😍 – Team Sia”.

Burna boy had previously got his Twice as Tall album featured on American show, Late Night with Seth Meyers.

Zamfara police command bans unauthorized use of siren, tinted glasses, and many others