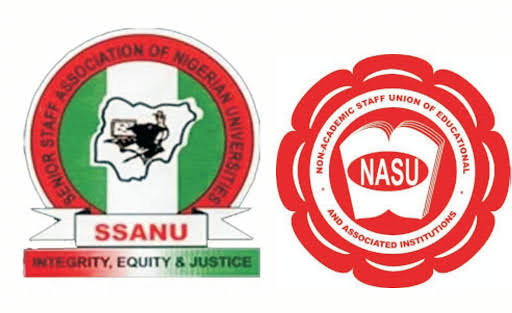 Oyo gist.com has learnt that the Non-Academic Staff Union of Universities (NASU) and the Senior Staff Association of Nigeria Universities (SSANU) have hinted on embarking on a three-day protest starting from tomorrow

The reason for the planned protest is to demand for the Federal Government implementation of its earlier proposed agreement .

The issues which led to the Memorandum of Agreement between FG and the union include inconsistencies in IPPIS payments, non-payment of Earned Allowances, non-payment of arrears in minimum wage.

Other issues are: neglect and poor funding of state universities and non-constitution of visitation panels for universities.