Copyright 2021 - All Right Reserved
Home Breaking News “I Didn’t Betray Tunde Thomas, We Were Best of Friends for over 20 Years” – Adams Nuru Opens Up
Breaking News

“I Didn’t Betray Tunde Thomas, We Were Best of Friends for over 20 Years” – Adams Nuru Opens Up 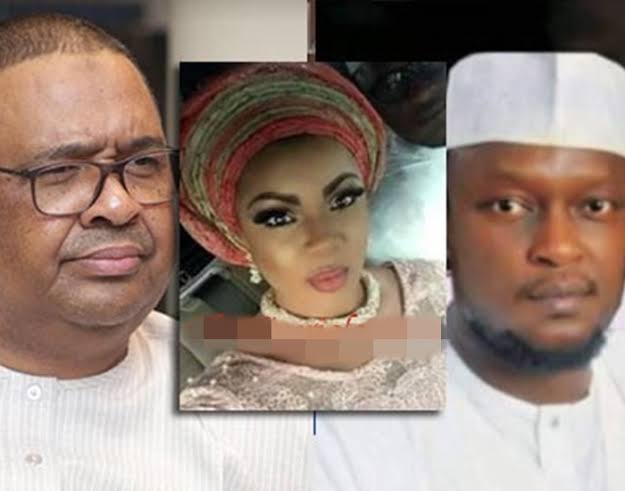 Oyogist.com has gathered that the current Managing Director of First City Monument Bank (FCMB), Adam Nuru has denied his involvement in an alleged sexual flings with one of his former staff members and a married woman, Moyo Thomas.

MD Nuru disclosed this, further stating that he and Tunde have been close friend for over 20 Years.

Recall Oyogist.com had earlier reported that Tunde Thomas died of a heart attack after finding out that he is not the biological father of his children.

Nuru said in a statement;

“Tunde is a highly private person who views challenges in life as opportunity to shine. But for death, Tunde would not have taken kindly to this publication. He never complained nor claimed to nurse a grudge against anyone on his past marital affairs.

“This much I know because we talk, wine and dine together often within the last 20 years. Neither Tunde nor any member of his family raised any dust about this matter. It is very wrong and totally unacceptable for an alien entity to seek cheap publicity at the expense of a gentleman that has gone to be with the Lord. Grieving friends and family members (surviving mother, siblings and wife) should not be caused further hardship.

“According to the news making rounds, the knowledge of the alleged paternity of the children led to the death of Moyo’s husband Tunde. Meanwhile a family source who pleaded anonymity disclosed that in December, 2017, Moyo and Tunde had differences leading to their separation and eventual relocation of Moyo to the USA.

“It is important to note that the divorce process was never thought of or initiated by Moyo. And to the best of our knowledge, no divorce papers were ever served on Moyo. This means that they were still legally married. In the opinion of Moyo and her family, the channel for reconciliation was still open upuntil Tunde’s unfortunate demise.

“Tunde paid a visit to the USA to visit the children in June 2018. He met them and interacted with them unhindered. This was after his recovery from the stroke he had earlier that year. He was in touch constantly with the children, calling and having fatherly conversations with them, even at odd hours, at least twice every month from December, 2017.

“Tunde has now gone to be with his maker. We do wish his family and friends, including his pregnant girlfriend, the fortitude to bear the unfortunate loss. He has now been laid to rest and we implore all to allow those grieving his loss, including Moyo and his children, to do so in peace. May Tunde’s soul rest in perfect peace.” Nuru said further.