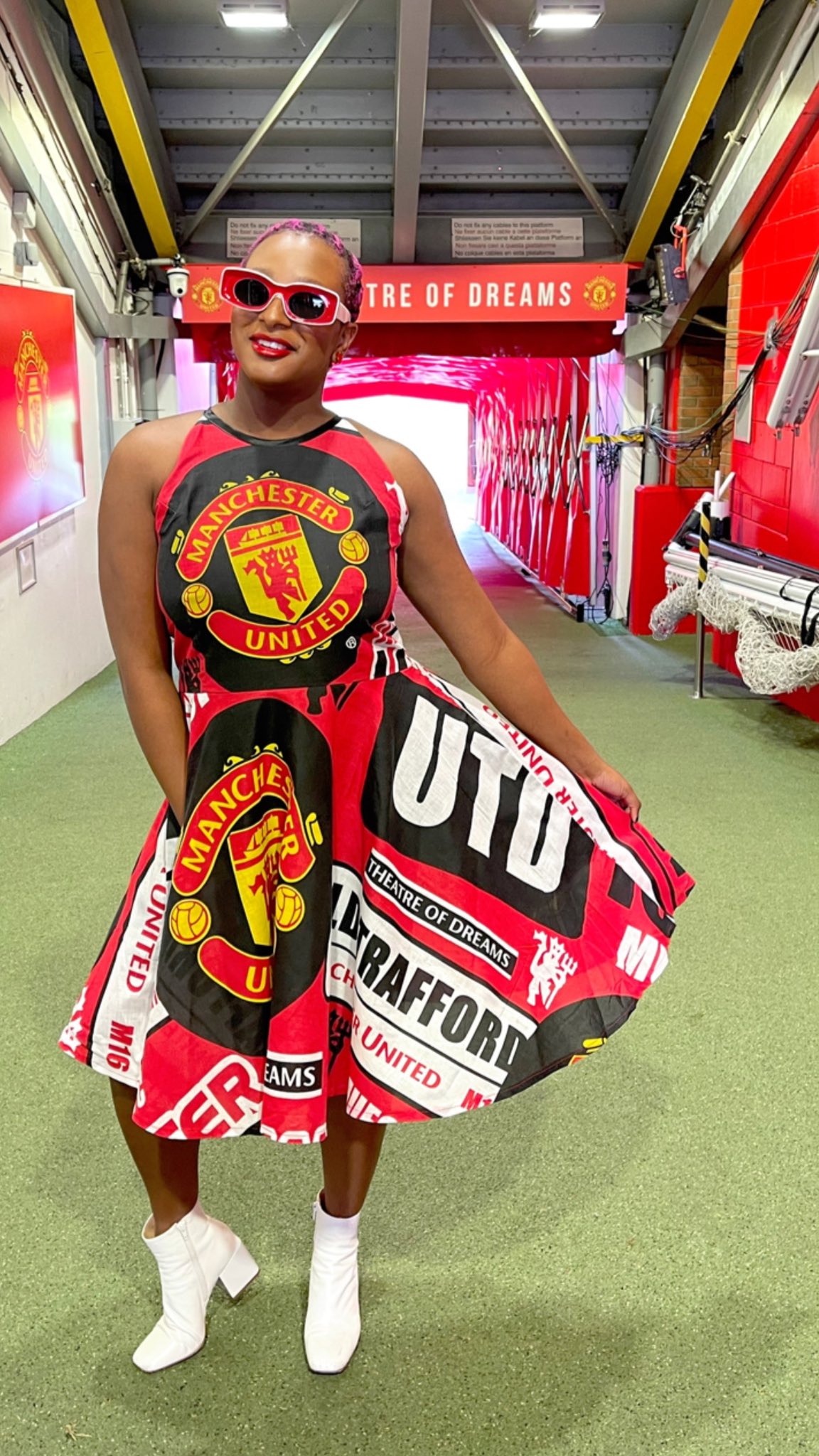 The disc jockey who couldn’t hold back her excitement described herself as the trophy at old Trafford.

Recall Earlier yesterday, the billionaire daughter claimed that her dress was the most exciting thing that happened to Manchester United fans this season.

“To be honest, my dress is probably the MOST exciting thing that happened to us all season lmao 😅😭 But still #GGMU 🔴⚽️”