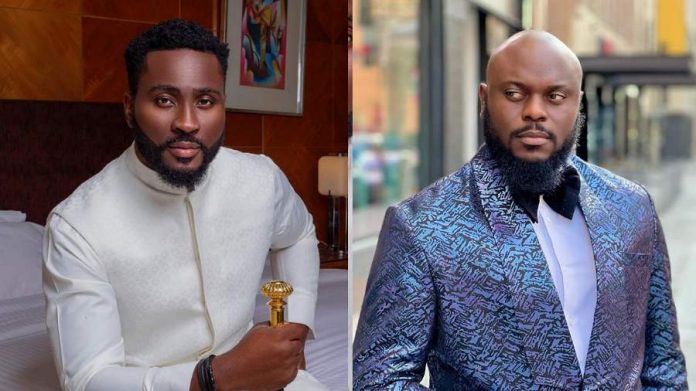 Oyogist.com has learned that former Big Brother Naija Shine Ya Eye housemate, Pere Egbi, has been officially announced as the new actor to play the role of Aminu Garba in the popular Nigerian web series, The Men’s Club.

Also known as TMC, the Nigerian series is a story about love, friendship, and betrayal, which revolves around four male main characters and how they relate with their partners.

One of the main characters, Aminu Garba, which was formerly played by Nollywood actor, Ayoola Ayolola, would now be played by Pere, as announced by the series director, Tolu Odunsi.

In a post on his Instagram page on Monday, the moviemaker revealed that Ayoola would be unavailable to physically record with other actors at the location. As a result, he has been replaced with the reality TV star.

The announcement read, “Unfortunately our beloved Ayoola is unavailable indefinitely to physically record with his co TMC cast at location.

“It is on this note we welcome the brilliant actor Pere to the TMC family as Aminu Garba, we ask that you, our extended MC family, open your hearts and minds to welcome the new member of our family. As always we will
deliver amazing world-class content.” (sic)

Pere had earlier shared a hint about his role on Sunday with the post, “It’s on! Meet Aminu. The Men’s Club!” The recent announcement, however, confirmed his involvement in the web series.