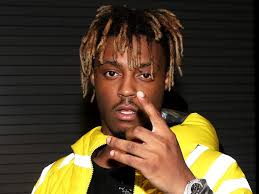 Oyogist has learned that HBO, a popular television company worldwide has released the trailer for late Juice Wlrd and DMX documentaries.

Sources had earlier confirmed to oyogist that the live documentary streaming event for juice Wrld will hold on December 16 2021.

In a new trailer for HBO’s upcoming series Music Box, created by The Ringer founder Bill Simmons, it was revealed that DMX: “Don’t Try To Understand” and Juice WRLD: “Into The Abyss” are completed and would come out within the next six weeks.

DMX: Don’t Try To Understand, will go deeper into the life of DMX, and speak regarding the late rapper’s abusive upbringing, struggles with addiction, faith, and a rollercoaster ride accompanying his journey to becoming one of the biggest rappers in the world, and the subsequent consequences of his actions.

The documentary is set to release on November 25 on HBO, as well as HBO Max.Three weeks later, on December 16, Juice WRLD: Into Abyss will provide an intimate look inside the “All Girls Are The Same” rapper’s meteoric rise to fame and superstardom before his tragic passing in December, 2019.

Juice Wlrd’s ‘Into The Abyss’ will feature a ton of behind-the-scenes access to unreleased music and interviews with prominent figures within the music industry.