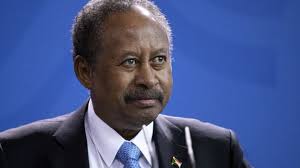 According to reports reaching Oyogist.com, Sudan’s Prime Minister Abdalla Hamdok has been placed under house arrest shortly after some unidentified military officials stormed his house in the state capital.

Over the years, Sudan has been on the edge following a failed coup plot last month.

Also, major telecommunications network has been restricted in the country making it hard to get information on what’s going on.

“What we do know for sure is that the minister of industry has been arrested. He put out a social media post just a few minutes before his arrest saying that there was a military presence outside his home,” said a news reporter.

“We can also confirm that the minister of information has been arrested along with an advisor to the prime minister. The spokesperson for the sovereign council, a body that is effectively the presidency of Sudan, has also been arrested.