#Bbnaija: The punishment of f***kin a married woman is deep- Cubana Chiefpriest 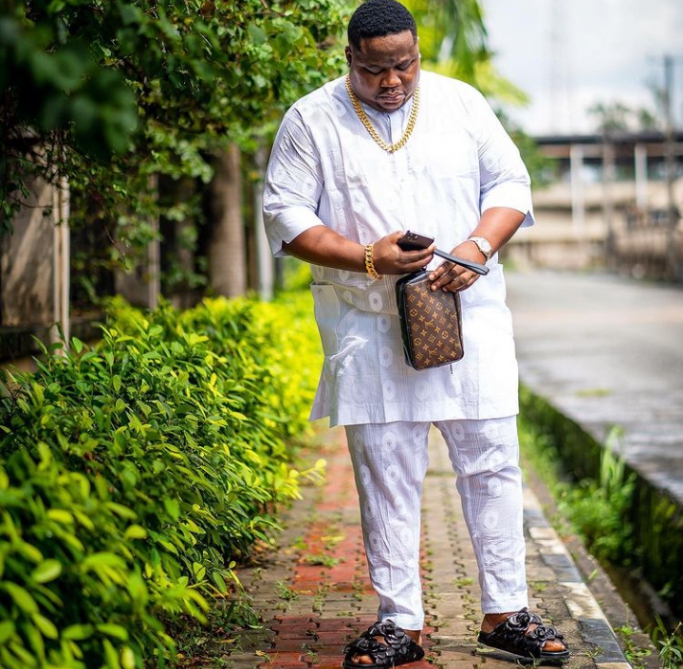 The duo has been trending on the Internet for days for their intimate activities under the sheets.

In one of such videos, Boma was seen kissing Tega and he also picked up a tissue.

While many questions the morals of Tega who’s a married woman, more videos of their escapades are going viral.

However, Cubana Chief Priest in his post on his Instagram page, Cubana slammed Boma for sleeping with Tega and still humilating her later.

He further added that the punishment of sleeping with a married woman is very deep as he used King David as an example.

“How Will You Comfortably f***k A Married Woman, Then Publicize It And Above All Humilate And Berate The Woman N Her Husband Saying Their Pu**y Smells Like Fish. The Punishment Of f***kin A Married Woman Knowingly Is Deep Even King David God Most Beloved Was Punished Severely By God For Doing It, His Child Died And His Wives Cheated On Him Rapidly, Dear Young World Try Avoid Married Women Don’t Ever Be heartless Like Boma.”