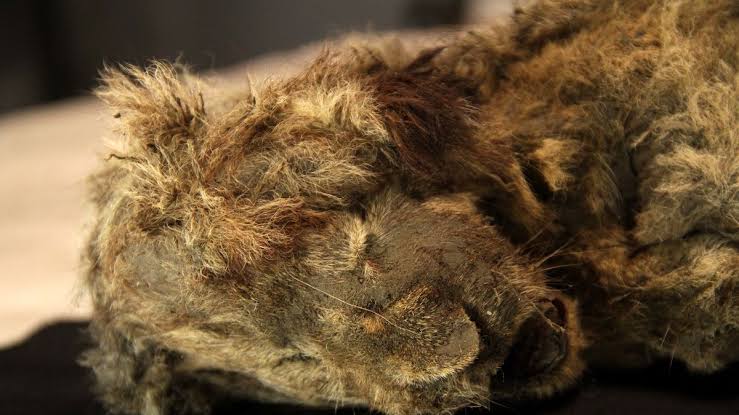 A perfectly preserved cave lion cub has been found frozen in Siberia and has been confirmed as a female that died 28,000 years ago, by a new study into the creatures remains, Oyogist.com reports.

The Siberian Simba, nicknamed Sparta, was one of two baby cave lions — extinct big cats that used to roam widely across the northern hemisphere — found in 2017 and 2018 by mammoth tusk hunters on the banks of the Semyuelyakh River in Russia’s Far East.

Initially, it was thought the two cubs were siblings, as they were found just 15 meters (49 feet) apart, but a new study found that they differ in age by around 15,000 years. Boris, as the second cub is known, is 43,448 years old, according to radio carbon dating.

Sparta is one of the best preserved ice age animals ever found and has been named Sparta by the team from the Centre for Palaeogenetics, Stockholm, Sweden and is more or less undamaged apart from the fur being a little ruffled.

Her teeth, skin,soft tissue and organs are mummified but all intact.Some 28,000 years since she last closed her eyes, her claws are still sharp enough to prick the finger of one of the scientists who are studying this remarkable — and unprecedented — permafrost-preserved specimen.

Both cubs were just 1 or 2 months old when they perished, the study said.

It’s not clear how they died, but Dalen and the research team — which includes Russian and Japanese scientists — said there were no signs of them being killed by a predator.