Mayorkun cuts off his Signature dreadlocks 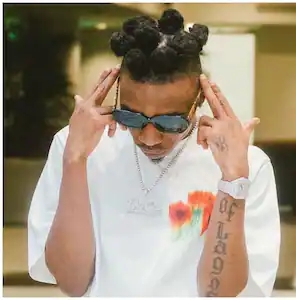 Singer Mayorkun aka Mayor of Lagos, has unveiled his new look to the utmost shock of his fans.

The popular 30BG artist recently announced he has finally cut off his signature dreadlock hair.

Mayorkun took to his Snapchat, displayed a photo of his shaved hair as he wrote:

Mayorkun has revealed recently that he is working on an Album.

Toni Tones shares amazing photos as she celebrates her birthday(photos)