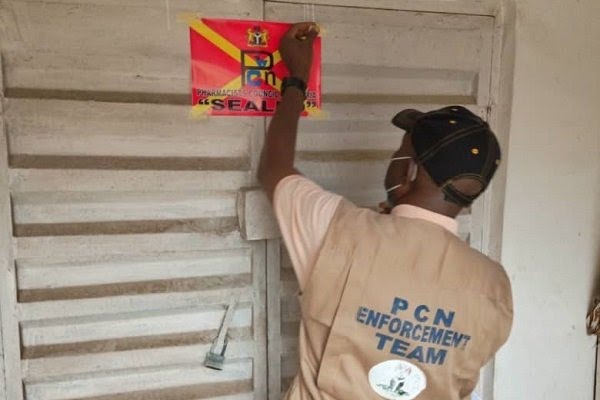 Oyogist.com has learned that the Pharmacist Council of Nigeria has sealed 340 premises and stores in Edo State over non-compliance with guidelines on distribution of patent medicine.

PCN, through its Registrar, Elijah Mohammed, who was represented by the Director of Enforcement, Stephen Esumobi, made the disclosure yesterday at an interactive session with reporters in Benin-City, the Edo State capital.

It said: “It is imperative to point out that 256 patent medicine vendors’ shops and 84 pharmacies have been sealed off in Edo.

“The action that we carried out is not meant to punish operators of the medicine stores and pharmacies, but to ensure they comply with the rules guiding the distribution of drugs.

“The PCN has put in place guidelines, derived from the enabling act, to guide the distribution of medicines from the manufacturers and importers, until they get to the end-users. It is important that all stakeholders comply accordingly, in the interest of public safety.

“PCN also stated that the sealing off of the premises was the first phase of activities of the council put in place to streamline the drug distribution system and improve the level of pharmaceutical service the people of Edo State.

Besides non-compliance with guidelines on the distribution of patent medicine, other offences for sealing the stores and premises ranged from the poor sanitary condition, poor documentation to non-display of pharmacists’ annual licences.

Members of the public were urged by the council to source their medicine from registered and currently-licenced pharmacies and over-the-counter medicine stores, insisting that drugs sold in unregistered outlets would not be guaranteed to be genuine, due to the effect of poor handling and exposure to environmental factors that degrade them.

Actress Tonto dikeh reveals why she went under the knife