I’m the Biggest and Richest Actor in Africa- Zuby Michael 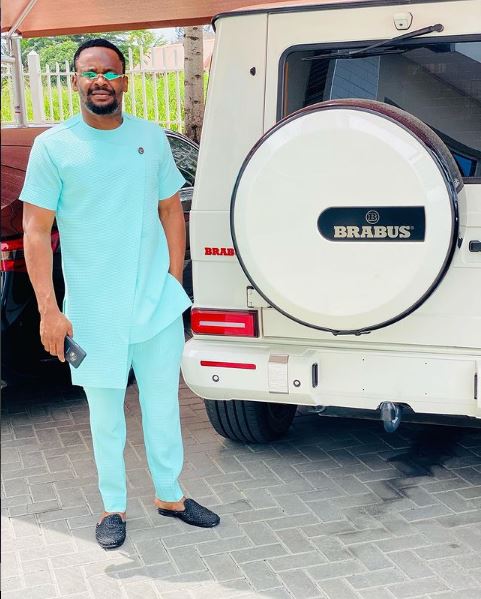 Popular Nollywood actor, Zubby Micheal has declared himself the biggest and richest actor in Africa for now, Oyogist.cok reports.

Zubby Micheal in an interview with Broadway TV disclosed that he thinks he is the biggest actor in Africa owing to the success he has attained in the movie industry.

He stated further that he is also the richest actor in Africa as he reveals that recently he has gone through the amount he has made and he got a total of 102 million Naira.

He added that he doesn’t pay his tithe in any church because he does not believe in it and he sprays his own Money on people as a way of paying his tithe.

He also debunked rumours about his involvement in money laundering as he revealed that apart from acting, he is also a renowned businessman.
Watch the video below:
NollywoodNollywood ActorZubby Michael
Share
0
FacebookTwitterPinterestLinkedinRedditWhatsappTelegramViberEmail

I had to speak out because of all the Tags, Uriel reacts to Yvonne Nelson’s post about Waist trainers and slimming tea

Nollywood actress, Linda Osifo explains why most women in the movie industry are more successful than male colleagues