#Bbnaija reunion: Kaisha and Lucy engage in a physical fight 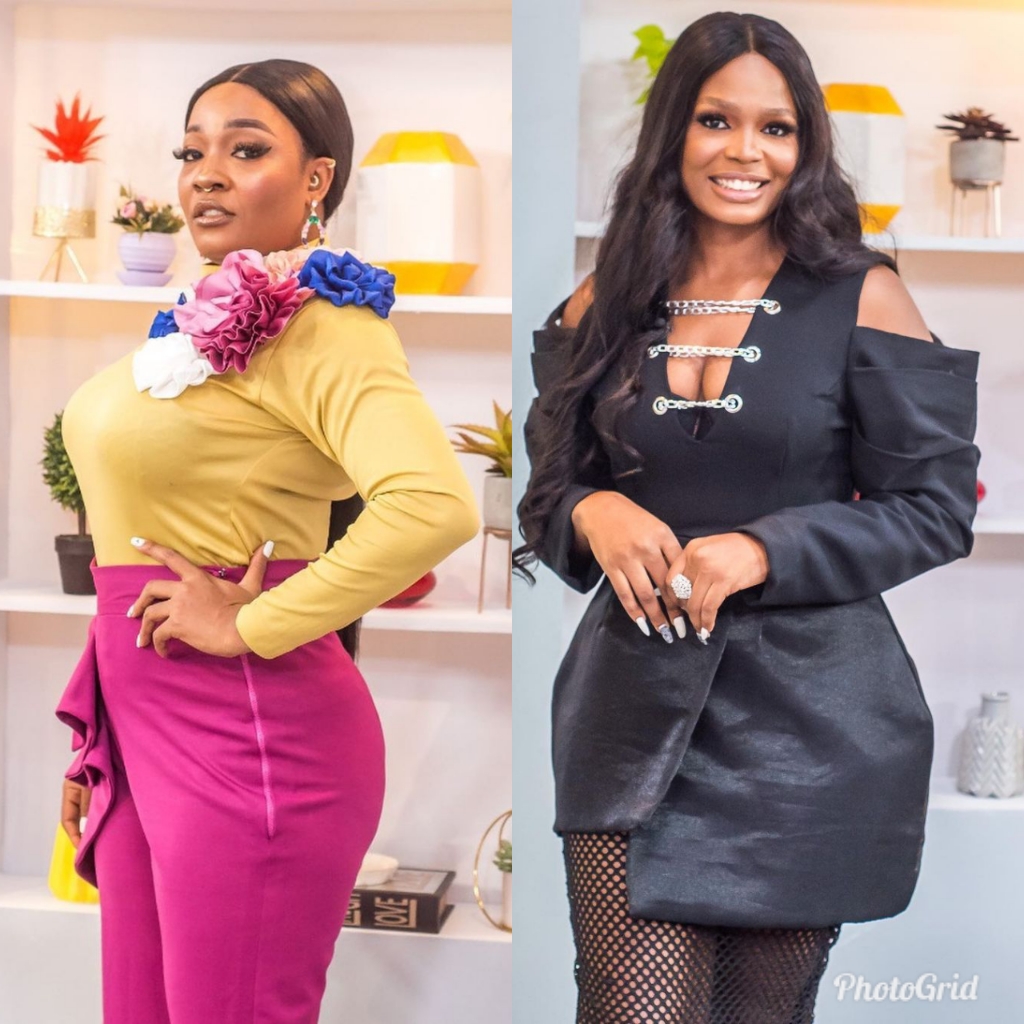 On Thursday’s night episode of The Big Brother Naija reunion was filled with so much drama including a physical fight between Kaisha and Lucy, Oyogist.com reports.

Kaisha had claimed that sometimes ago while she partied together with Ka3na and others that Ka3na disrespected her mother because she wanted a picture with her.

Speaking further on the issue before things went downhill, Kaisha said her mother liked Ka3na and wanted a picture with her and asked Lucy to ask Ka3na and still sent Zainab, Kaisha’s sister to ask Ka3na when she didn’t get a feedback.

According to Kaisha, Ka3na asked her mother to come to the table, a move she found very disrespectful.

Ka3na however claimed that she thought they were talking about Kaisha’s manager. Lucy who backed Ka3na on this, however failed to explain why she didn’t deliver the message when she was asked to.

As the show continued, Kaisha made a demand for them all to stop talking about her mother, Lucy however fired back claiming she was talking about a fruit and not her mum.

‘Is your mum a fruit’, she stated, which angered Kaisha and made her throw a pillow on Lucy and then a physical fight ensued between the two.